*For a small fee to cover our administrative costs you can have access to the member’s area where you can read the latest news from shows around the world.  Learn More
News Updates
Friday, 10 April 2020 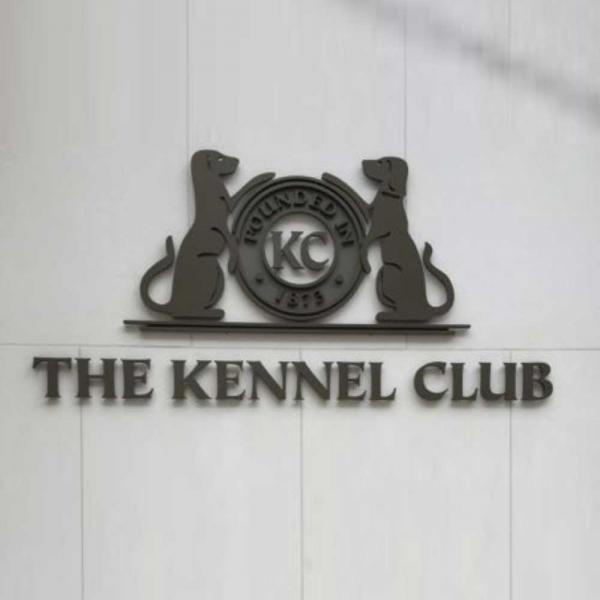 The Kennel Club has advised its Members that, because of the Coronavirus outbreak and the restrictions on unnecessary travel and personal contact introduced by the Government,  its AGM, originally due to be held on May 12th, has been postponed (technically adjourned) until Tuesday June 30th at 11.30 a.m.

The precise location of the AGM has not yet been decided but will be communicated to members in due course.

Some members have questioned the wisdom of expecting an AGM to be possible as early as June 30th but of course the Kennel Club’s constitution is clear that its AGM must be held: “no later than 30th June in every calendar year.”  This means that 30th June was therefore the last date on which the KC could lawfully call the AGM

The new date means that the various deadlines for submission of proposals and nominations for Directors have also been extended.  Proposals and nominations will now need to be completed, scanned and emailed to the Membership Secretary  This email address is being protected from spambots. You need JavaScript enabled to view it. to be received by  22 May 2020 at the latest.

It has been confirmed that Members will be sent the KC Board report and audited accounts by post in the usual way and that they will be entitled to vote on the appointment of the Club’s Auditors and on the election of the Vice-Presidents and Elected Directors (as applicable) by proxy whether by post or online. Presumably the same ability to vote on any proposals validly submitted by the Board or by Members, will also be able to be voted on by the use of proxies sent in by post or online.

Provided all mail and internet facilities are operating efficiently by June 30th the KC’s rules (Articles of Association) would allow for the meeting to be held almost entirely by the use of proxies. This could in theory mean that a mere handful of people (maybe even just one person!) actually physically present could conduct the AGM, provided that whoever was there in person held at least 50 proxy votes.
The reason for this is because the KC’s Articles of Association state: “50 Voting Members present in person or by proxy within half an hour after the time fixed for the general meeting shall be a quorum.”
Apparently the KC Board has taken legal advice and the lawyers have said that it would also technically be possible legally to hold a ‘virtual AGM’ but it is felt that this is probably: “not a viable or necessary proposition for the Kennel Club”.

June not a certainty

The KC Secretary Kathryn Mansfield has however given a warning that despite the availability of the proxy vote option, this 30th June date itself is not 100% certain. She says: “If for any reason it becomes logistically impossible to hold the AGM in June, for example due to an inability to provide supporting papers by post, or for Members not to have access to postal services for voting, then thought will be given to holding the AGM in conjunction with the Special General Meeting, scheduled for the 10 November 2020.

“Whilst this date is technically outside the time limit for holding the AGM prescribed in the Articles of Association (ie 15 months from the previous AGM), legal advice confirms that given the exceptional circumstances, this would still be possible, providing that due process is followed. A special resolution on the agenda of the SGM in November would be required to ratify the decision of the Board to adjourn the AGM to a date after 30 June.  This would help to resolve the breach of the Articles.”

Mrs Mansfield  goes further and assures  Members that: “The Board and staff are all fully committed to managing the challenges we are facing on all fronts at this moment in time and are working hard to maintain operational, financial and service functions to keep the Kennel Club running.”

She adds: “Before the advent of the coronavirus outbreak, we were working on many initiatives to support staff welfare and the protection of the Club and its business in the face of challenges in the canine world, and these remain our current priorities. We will continue to work on these projects, both in the short and long term, in order to future-proof the Kennel Club. Of course, we will continue to provide regular communication to the Membership during this health emergency period and we will share more on our strategic planning in due course, at which point we would expect to have a consultative discussion with you.”

More in this category: « Kennel Club unveils emergency relief initiative NEC to be turned into Nightingale hospital »
back to top 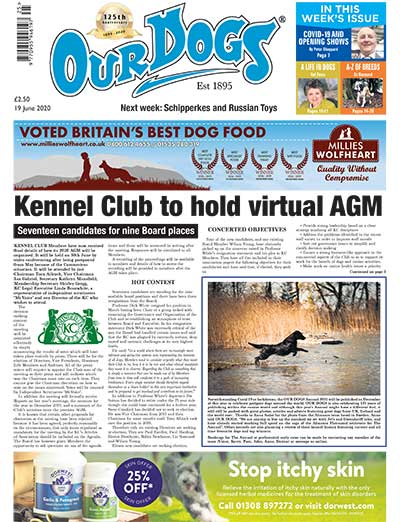 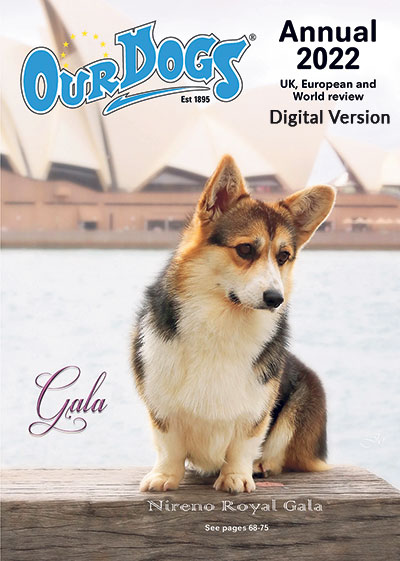